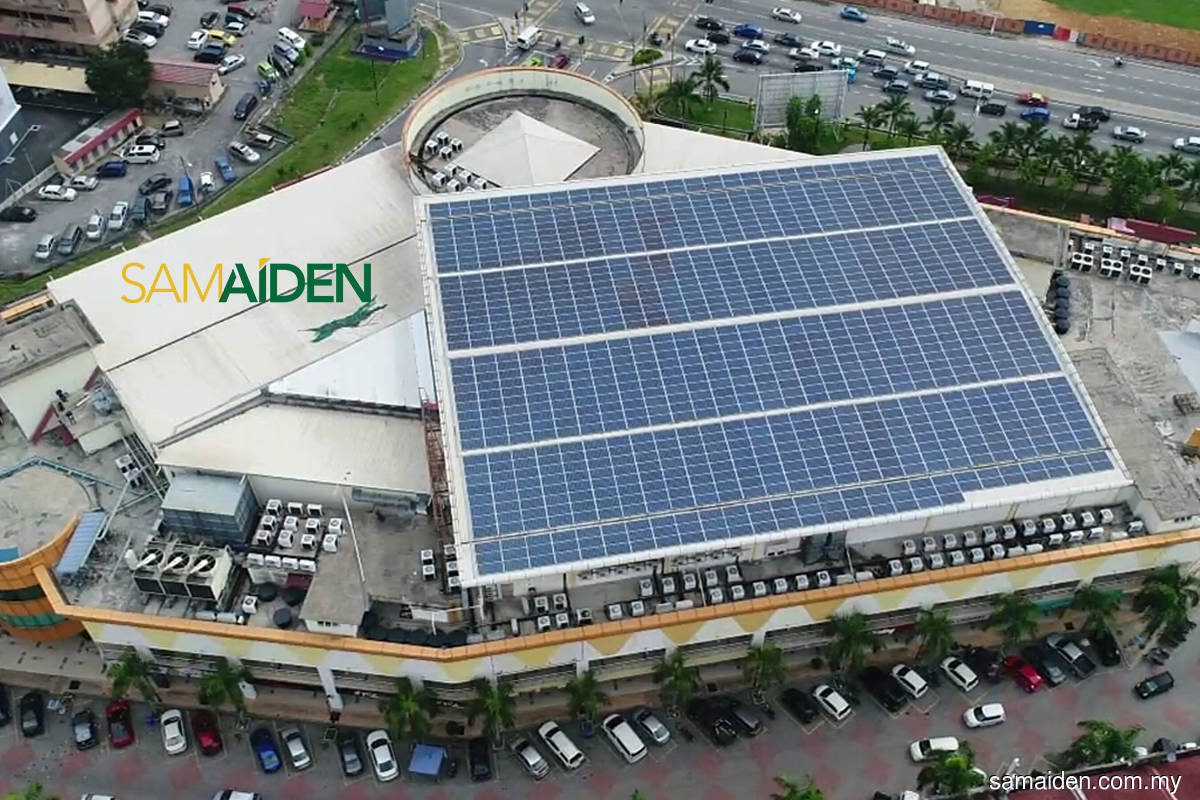 KUALA LUMPUR (March 7): Samaiden Group Bhd has partnered with Tokyo-listed engineering firm Chudenko Corp to explore opportunities in the renewable energy (RE) sector in the Malaysian and overseas markets.

Under a business collaboration agreement, the two companies will jointly invest or participate in a joint venture in RE projects, including rooftop solar energy projects, for Japanese customers and collaborate on the implementation of technologies for the operation and maintenance of RE projects.

Chudenko had earlier emerged as Samaiden’s major shareholder after subscribing for 16.8 million new ordinary shares at RM1.27 per share in a private placement, representing a 7.27% stake. Chudenko then acquired 18.2 million ordinary shares from Samaiden co-founder Fong Yeng Foon, increasing its stake to 15.15%.

In a statement, Samaiden said this strategic collaboration with Chudenko as a major shareholder will also strengthen the company’s future prospects as it now has the financial backing of a large company, enhancing its ability to make attractive investments that create long-term value for shareholders.

Chudenko is a Japan-based general engineering firm engaged in the design, construction and maintenance of interior electrical, air conditioning and mechanical ventilation (ACMV) and telecommunications equipment. It also provides installation and maintenance services for distribution and transmission lines.

Chudenko has more than 68 offices in Japan and overseas subsidiaries in Malaysia and Singapore. In recent years, Chudenko has been actively involved in RE investments overseas. The company is listed on the Tokyo Stock Exchange and has a market capitalisation of ¥126.7 billion (equivalent to RM4.6 billion).

Samaiden Group managing director Chow Pui Hee said this collaboration will allow the group to leverage the strengths of both parties to accelerate growth in the RE sector while leveraging Chudenko’s broad business network, particularly in the RE sector.

“Not only does it open us up to business prospects in Japan, but the group can also leverage Chudenko’s technical know-how to enhance our existing offerings. Conversely, Samaiden’s RE expertise can be valuable in Chudenko’s decarbonisation initiatives,” Chow said.

In line with Chudenko’s 2024 medium-term management plan, which envisions decarbonisation by financial year 2050, Takakazu Higashika, managing executive officer of Chudenko, said the group sees Samaiden as an idea generator for Chudenko to expand the use of various RE sources for power generation.

“In addition, our collaboration with Samaiden also allows us to further penetrate Malaysia and potentially the ASEAN region to capitalise on the rapid growth in RE adoption. We look forward to collaborating with Samaiden on exciting business opportunities in the RE industry and reap mutual benefits for both parties,” he added.